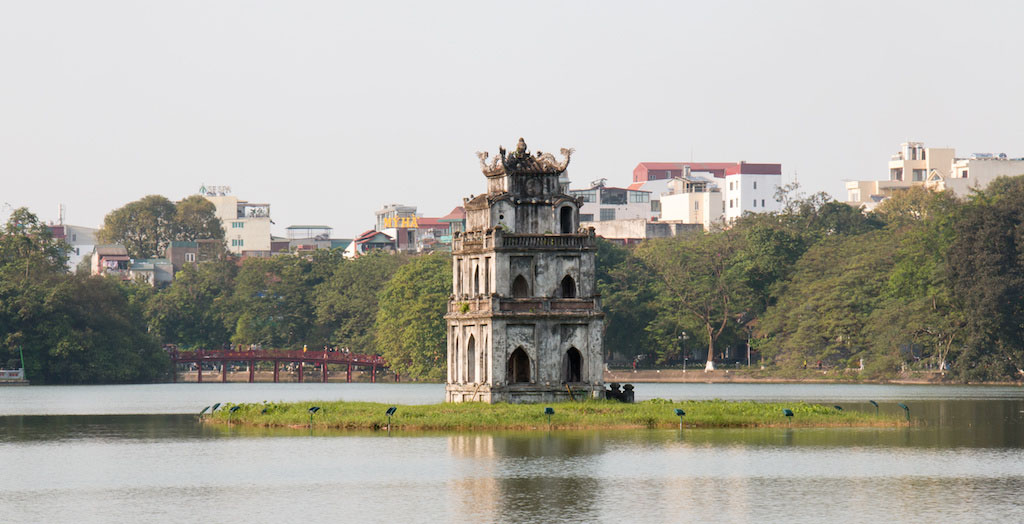 In addition, he recently published his first book”Soldier and Spouse and Their Traveling House” in their off-duty weekends traveling from Ireland into the Mediterranean.

In honor of Earth Day on April 22, we joined with Matthew to find out more about his career and travel adventures.

What have you been doing since you received your master’s level from AMU?

I commanded the biggest forward-deployed Army Company in Japan. Afterwards, I moved to Fort Irwin, California, in which I served as an Observer/Coach Trainer in the Army’s National Training Center.

After that, I changed my career path. I transferred to D.C. to attend language school for Vietnamese in 2016, because I had been chosen to be a Southeast Asian Foreign Area Officer. I spent eight years as a Military Intelligence Officer.

I am now a U.S. Army officer and Southeast Asian Foreign Area Officer with a language focus in Vietnamese. I will be living in Hanoi, Vietnam, and working at the U.S. Embassy there.

What prompted you to pursue a career as a Foreign Area Officer?

How can you prepare to enter this field?

Becoming a Foreign Area Officer is a Procedure. During the first year, you generally visit the Defense Language Institute in either Monterrey, California, or Washington, D.C., to learn a foreign language. After finishing language training, you go to Graduate School or In-Region Training. The Army sent me to Florida State University to find a technical master’s degree in Asian Studies.

As I go through In-Region Training, I’m gearing up for a year in Vietnam. I will intern as a Foreign Area Officer in Vietnam, in which I will get to understand the intricacies of my function and how the other branches of the military operate in embassies.

I will also travel extensively around the region to familiarize myself with all the countries, cultures and job functions in the various embassies. Within this role, I will also concentrate on understanding the strategic significance with these states and their connections with the U.S. and regional neighbors.

How has the knowledge that you acquired in AMU assisted you at the Area?

Getting my first master from AMU in political science has helped me in my professional and personal development as an Army officer and as a concerned citizen of the United States. Due to my AMU level, I have a better understanding of American politics, foreign and domestic policy, and geostrategic politics.

What are the greatest challenges you have faced?

As a budding writer, writing my book was a challenge enough with the occasional writer’s block and innumerable alterations from my editors after I”thought” I was completed. Once the editing phase was finished, the real challenge began to get a publisher.

When the book hit the shelves of Amazon and Barnes & Noble, I quickly realized that I needed to be an expert in marketing and a societal networking whiz to market my book. I would not change it for anything, however. The words”published author” create both years it took to write and publish my own book all worth it.

What inspired you to write?

I love to travel. When we were stationed in Germany together with all the U.S. Army and in between my grad studies at AMU, my wife and I researched 27 nations in Europe and North Africa. Our misadventures on every trip made it obvious we had a story to tell.

What is your greatest accomplishment to date?

Aside from publishing my introduction book, I am most proud of being able to make my novel into an audiobook. I narrated and made the audiobook version. Allow me to tell you — it was no easy feat. It must have taken me over 17 hours to narrate my novel from the studio.

What information would you have for someone seeking to be a writer?

If you think you have a story to tell, put it on paper. If you think someone might read your story and like it, chances are they may.

Becoming a published writer is a really rewarding experience. You may gain a gray hair or two during the whole process, but you won’t regret checking this item off your bucket listing!

What do you do in your free time?

We moved to Vietnam and in our spare time, we journey. Besides seeing a lot of Asia, I really like to work out, play with my old girl, Lily, and immerse ourselves in the Vietnamese language and culture.

How are you engaging with your neighborhood?

I have a website, Facebook webpage, Twitter feed and LinkedIn accounts where my wife and I share with our one-off experiences and tales through our blog, travelinghouses.com. Aside from that, I have held book signings in Tallahassee, Florida, and plan to hold another here in Hanoi. Hopefullythe Vietnamese will probably understand my butchered pronunciation of the Vietnamese language.